10 Best Desserts in NYC you need to experience! If you’re a foodie like we are it’s easy to eat your way through NYC, or any other city for that matter. And you can do it on so many different levels. It’s one of our favorite pastimes, but finding the best places can be challenging – even if you know your way around New York. After all, according to various different sources, there are conservatively almost 24,000 restaurants in NYC. If you do the math, it would take you 22.7 years to dine at everyone. With that in mind, we tend to keep lists; best restaurants in Chinatown, best Italian, best French Bistros, best whatever fusion, best fries, and, of course, best desserts. So this installment will be Part 1 of Best NYC desserts spots that are sure to have something for everyone. And, we’ll keep going until we run out of great finds – which will probably never happen.

So let’s start, in no particular order:

Nestled on the outskirts of Soho, Vesuvio is best known for its variety and quality of bread. And their loaves of bread are fantastic. However, on one trip to buy fresh bread for a dinner party we were hosting that evening we found two delightful treats. The first was a hazelnut chocolate bombolini and the second was soft-serve gelato. We love gelato as a fun, light dessert. But we’ve only had it served in scoops. What we found here was a great twist on an otherwise ubiquitous dessert – soft serve vanilla gelato with a drizzle of olive oil on top. Simply delicious and a very welcomed change from the usual. It was served with a dark chocolate biscotti.

I posted about Vesuvio Bakery back in 2014. It has gone through a few changes in ownership over the years, and currently, the building has scaffolding, but it is back to being a wonderful bakery, coffee shop and worth the trip! Go to this post to see it!

Buvette has always been one of our favorite breakfast and lunch stops. It’s consistent, small, and cozy. They have indoor and sidewalk seating. One late-spring afternoon we stopped in for coffee and dessert. We had the traditional French Tarte Tatin and it rivaled any that we’ve had on any of our visits to France. A must-stop place when you find yourself in New York and in need of a savory or sweet snack. Buvette never disappoints. We wrote about it in this post too. The neighborhood has great shopping on Bleecker Street and it’s a wonderful neighborhood to walk around any time of day. We often walk over to Washington Square Park (less than a half-mile away) after a visit to Buvette or their sister restaurants, Via Carota and Bar Pisellino.

With multiple locations scattered throughout New York and Washington D.C., chains often have slogans that usually don’t live up to expectations. Levain Bakery is one of the few exceptions – “World Famous, Deliciously Decadent Cookies”. Our two favorites are dark chocolate peanut butter chip and two-chip chocolate chip. But be warned, with the size and richness of the cookies, they can certainly suffice for lunch and maybe dinner too for that matter. They are best consumed on a shady park bench with a large cappuccino. You’ll be certain to walk away buzzing with caffeine and sugar. A few years ago, Madeline found the recipe and made Levain cookies at home and her friends ask them for every birthday!! Read that post and get the recipe right here!

We discovered Win Son Bakery for its delicious take on Taiwanese classic street food. But in the process, we also discovered some unique twists on desserts that we’ve never had anywhere else. And in our book, that’s always a great find. We tried the fermented red rice donut and really enjoyed the unusual flavors. We also tried the Chocolate Bolo Bao which is shaped like a muffin only it’s like a shell with soft chocolate cream inside. It’s always fun to try new and different – especially when they’re really good!

Located in the heart of Chinatown their mission is to unlock the magical exploration of the palette one Taiyaki creation at a time. And they certainly lived up to that. They are best known for their fish-shaped cones which are much softer (almost bread-like) than traditional cones and have a yummy custard filling in the bottom of each. It’s kind of like an extra special treat at the end or a great dessert. We tried the matcha green tea soft-serve and a more traditional chocolate/vanilla swirl with chocolate sprinkles. This is a must-stop when you find yourself in and around Chinatown. They have a few other locations in New York as well.

If we could only have one dessert from all the different places we’ve tried in New York, our choice and maybe our all-time favorite dessert (and no, we are not exaggerating) Dominique Ansel’s famous Cronut® would be at the very top of the list. While they have a wide variety of baked goods and pastries, this one takes the cake (pun intended). Their Cronut is a combination of the classic croissant and donut. They have different specials every day and on the day we were there it was a Cronut with apricot icing and an extra creamy custard filling. Maybe the best dessert we’ve ever had. Do yourself a favor and pay them a visit. You won’t regret it! New fall cronut coming September 1st! Fig & almond Cronut® – filled with homemade fig jam and creamy toasted almond ganache.

Another great Chinatown find is Alimama Tea. They are best known for their mochi desserts and cold brew teas and they use all-natural ingredients. If natural ingredients are always this good, sign us up. Our choices for this spot were one of their classic mochi donuts with raspberry icing and a Brown Sugar Boba cream puff. Need I say more? And as long as we were there, we decided to try one of their cold brew teas and opted for their classic Cold Brew Milk Tea with Mini Boba. This was definitely a unique find and not a typical go-to kind of place. We visited after a trip to Nom Wah which is the first dim sum parlor in New York’s China Town.

Set in the Italian section of Williamsburg, Brooklyn is a gem as old school New York as it gets and has become a regular stop-in for us. It helped that it was just around the corner from our daughter’s former apartment. Although she now lives in another section of Brooklyn, we find ourselves going out of our way to stop in for the best cannoli we’ve found in New York. And yes, we did say the “best”. Aside from the many Italian pastries and gelato (which are all worth the calories and an extra few miles trekking around the city to burn them off), they are known for their marzipan. They have marzipan everything and worth a stop just to see it at Fortunato Bros. While you are in the neighborhood, stop in at Savino’s for the best fresh pasta and sauces. Pasta and a box of cannoli and you are set for dinner!

Say rice pudding and it conjures up memories of your mother’s or grandmother’s version, hardly edible and certainly not pleasing to the eye or tastebuds. But give this a try and you’ll never think of rice pudding the same again.

We started going to Rice to Riches in SoHo when our kids were little. Not only did they love rice pudding, but on hot days during the summer there was a big water fountain/playground they could splash in and cool down across Spring Street while we enjoyed our dessert.

On this visit we did a half and half – Category 5 Caramel and Chocolate S’more with Biscoff cookie crumb topping. Have one of the Solo servings here and you will definitely not need lunch, but you will need a long walk!

Ok, don’t judge us here as we couldn’t make up our minds on what to have so we opted for four different items which seemed, given the circumstances, like the only logical thing to do when confronted with such a tempting decision. First up was the Milk Chocolate Salted Caramel Croissant which was arguable as decedent as it gets. Next was a Cherry Pistachio Cruffin. The third choice was a Snickers cream-filled donut (right up there with the Dominique and Ansel cronut). And last on the list but maybe the best was the Matcha Lime Curd Choux Bomb. Supermoon Bakehouse is only open Friday, Saturday, and Sunday, so you’ll probably find a line, but it’s so worth it! We promise!

We can’t wait to bring you Part 2 of best desserts in NYC!

Let us know in the comments if you have a dessert in NYC that we need to try! We would love to know!🍰🥐🧁🍮 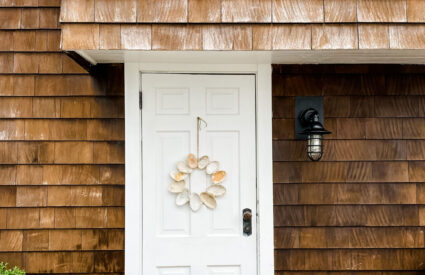 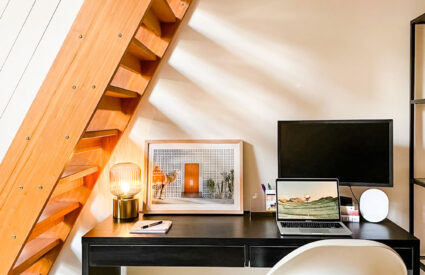 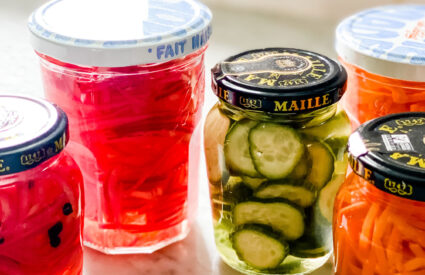