We have a small guest bathroom on the first floor of our house. It was connected to a fourth bedroom. When we first moved in, we converted the bedroom into our office and did a quick refresh on the bathroom. We painted the stone floor black (it was an ugly brown), closed off one of the doors, and painted the walls white. And while we refreshed it, it remained just a bit boring, and we’ve been wanting something impactful. Here are 5 easy ways to make your bathroom look more expensive, starting with painting it black!

The Bathroom Ceiling, Walls, and Vents

First up, we decided to paint the walls and ceilings black. Some people feel that black paint makes a room feel smaller. But we couldn’t disagree more. Black walls and ceilings actually create a big and visually attractive impact. We think you’ll see this in the photos.

What we love about BEHR ULTRA® SCUFF DEFENSE™ Paint

We used to be avid users of another brand of paint. However, we painted our laundry room not too long ago and decided to try BEHR ULTRA® SCUFF DEFENSE™. Fast forward to today; we will always use Behr Scuff Defense paint. The coverage is amazing, the new pour spout on the cans is a game changer, and even though the finish is flat, it’s incredibly resistant to scuffing – one of the issues of using a traditional flat finish. We did use a satin finish on the molding and trim.

Note: Coming from someone who has painted more walls in more houses than anyone would ever want to do, we strongly recommend using Frogtape Painter’s Tape. It’s less prone to paint leakage, yet it still removes fairly easily. Be careful if the paint has dried before you remove it, as it can sometimes peel the paint off the walls. If it does happen, which is fairly common, in most cases, you can just touch up where the paint did peel.

Step 2: Hide the Unattractive Shower with a Curtain

The bathroom has a shower which we don’t really use or need. But, instead of a major renovation, we simply added a tension rod with a woven shower curtain. It hangs just above the shower door to hide it but can easily be pushed aside for access. It really takes this unattractive shower situation and makes it pretty. We love quick and easy fixes like this.

Behind the bathroom door, a small narrow space wasn’t being used. It’s a perfect spot to hang a towel and two shelves to store and display a few small but select items that contribute to the overall impact of the room. Since the narrow space was a different dimension than the standard shelves we bought, we did have to cut the shelves to fit the space.

We used one large hook for a bath towel and a Paniere Bucket Bag from UASHMAMA to store extra toilet paper.

Step 4: Remove the Window Shutters and Replaced them with a Custom Curtain

We had some extra fabric left over from another project and decided it would work perfectly in this situation as well. We removed the shutters and had a friend custom sew the curtain to fit the window’s dimensions. And since the fabric covers the tension rod and the rod is not visible, we just purchased an inexpensive tension rod from Walmart. The curtain adds yet another fun layer for impact.

An easy way to add a little interest to a blank wall is to display a mix of pretty linen tea towels. Instead of having one or maybe two towels, as you would traditionally see on a towel bar, add several and layer them. When we travel, I am always looking for pretty new towels to add to the collection.

It’s easy to fall into the trap of thinking everything/project is so expensive or time-consuming that I won’t do it. But it’s amazing how much a little hard work and some creativity can dramatically change a space and not break the bank.

To paint a small space like this bathroom takes about a day of prepping, taping, and painting. And here’s a breakdown of approximately what we spent on this project. 5 easy ways to refresh your home for spring 14 Ways to Make Your Kitchen Look and Feel Bigger

How to Make Your Dining Room Look Festive

bathroom {tiny} before and after

The easy way to create a festive coffee station 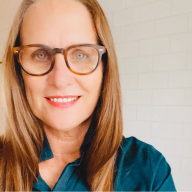 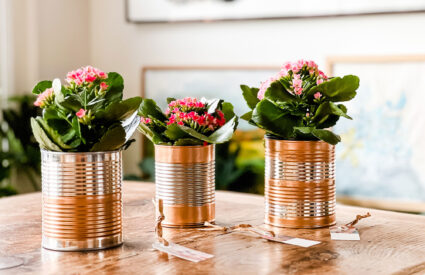 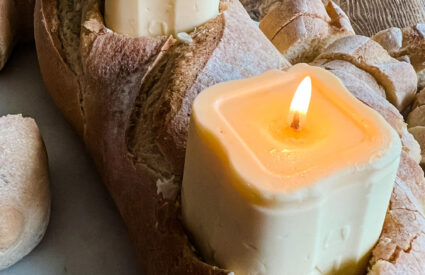 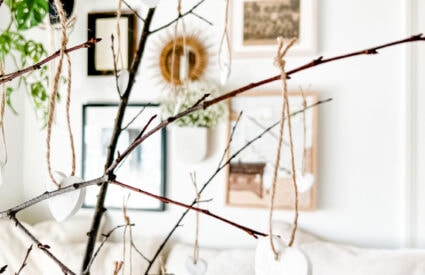 We made the oh so popular spicy salmon sushi cups