We have had our chalkboard wall since we’ve owned this house.  I’ve loved the idea even before having one.  However, over the last few years I’ve sort of tired of the whole chalkboard thing.  That was until I saw Amanda’s on Perfectly Imperfect Living.  I had seen the checkerboard calendar idea on Martha Stewart for an office, but I never really thought about making our current wall into a checkerboard chalk wall.

A few Saturdays ago I mentioned it to Brent without much reaction.  Then a few hours later over lunch I showed him Amanda’s.  Well, that was it.  We went to our local paint store and chose four shades of Benjamin Moore black and gray from the paint chips.  You can actually make any color you want in chalkboard paint now, but you probably already knew that!  Of course I stuck with shades of gray and black because basically our entire house is black and white. 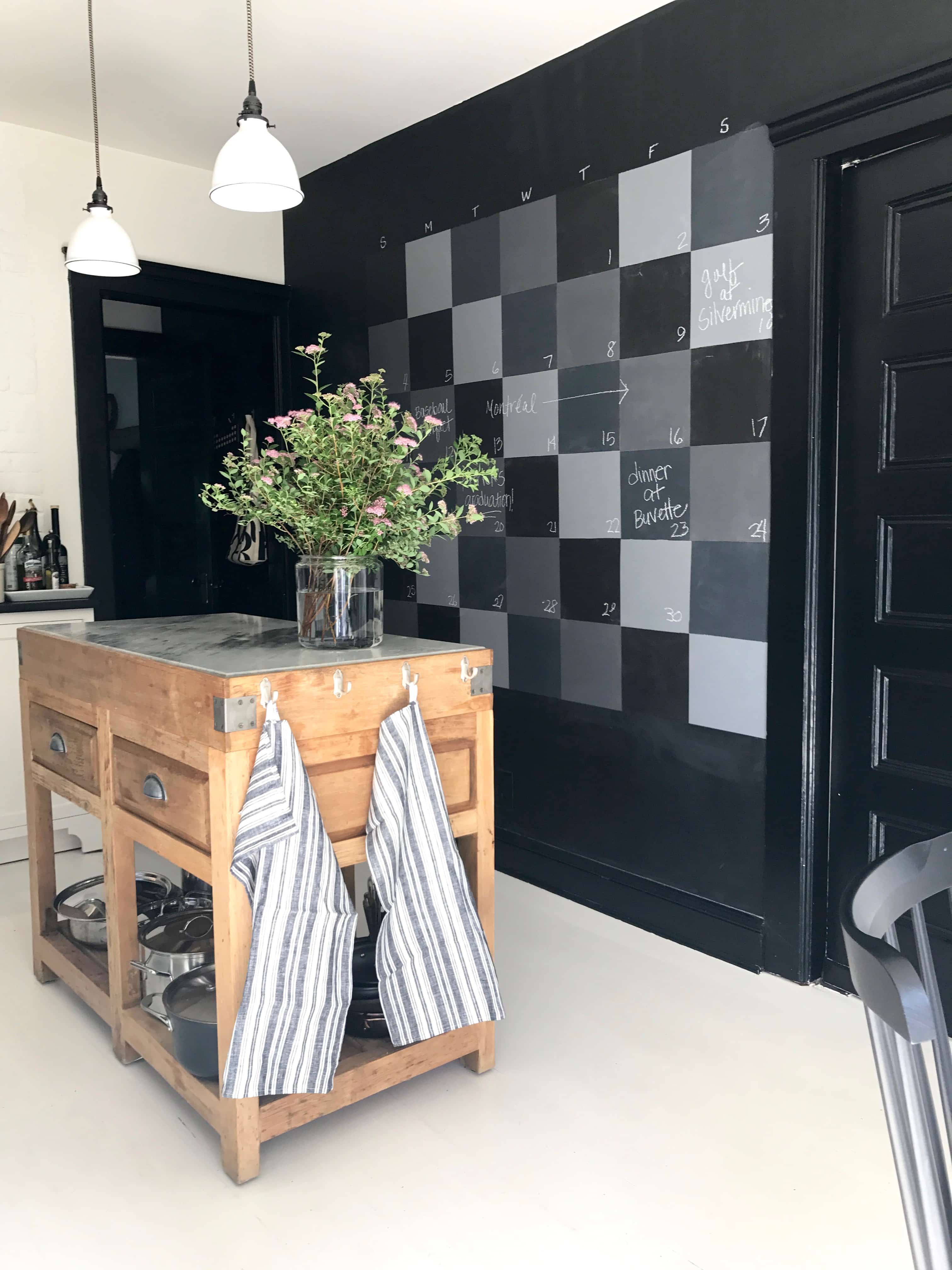 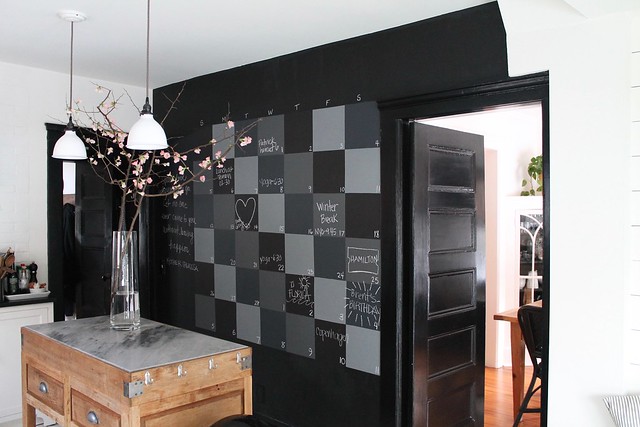 Once we decided on the size of the squares we wanted, Brent used a regular pencil and a yardstick to draw the lines.  We then went back and numbered from one to four assigning each of our paints a number.  Then he started taping.  As soon as he was done with one color he removed the tape and waited until it was completely dry before taping the next set.  The entire project from start to finish took about four hours.  We used Benjamin Moore Chalkboard Paint, a new Purdy brush and green Frogtape.  All together we spent just under $100.  I think it is visually so much more interesting than just a plain black wall.  Plus it’s fun to add things to the calendar.  Of course we all use digital calendars, but there’s something about a calendar that’s right there in front of you. 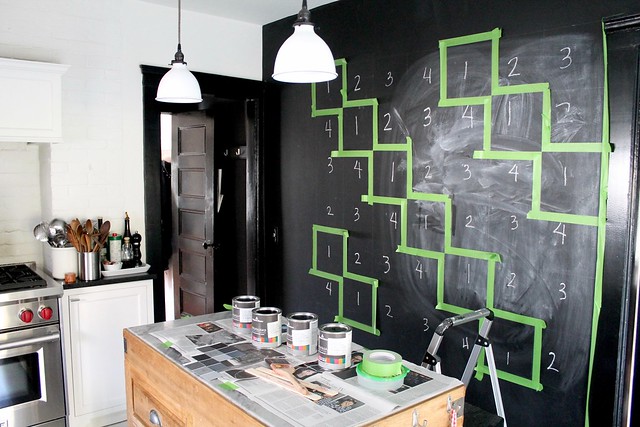 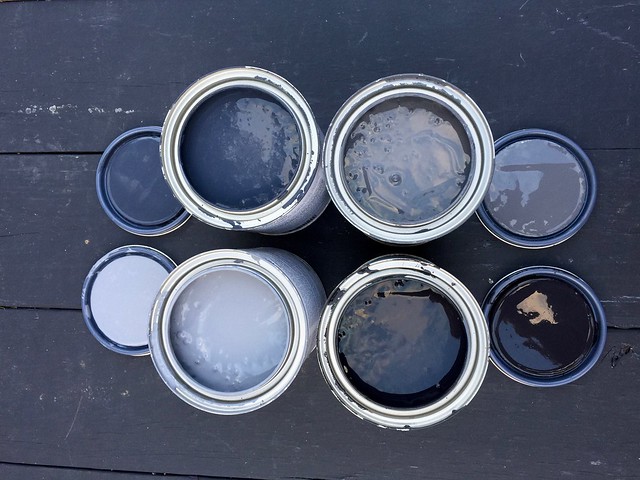 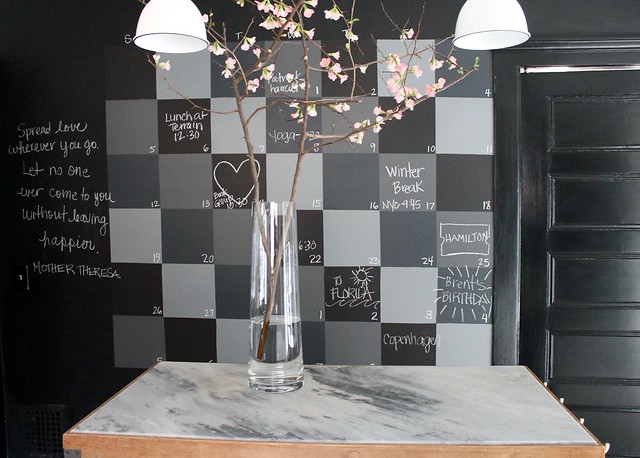 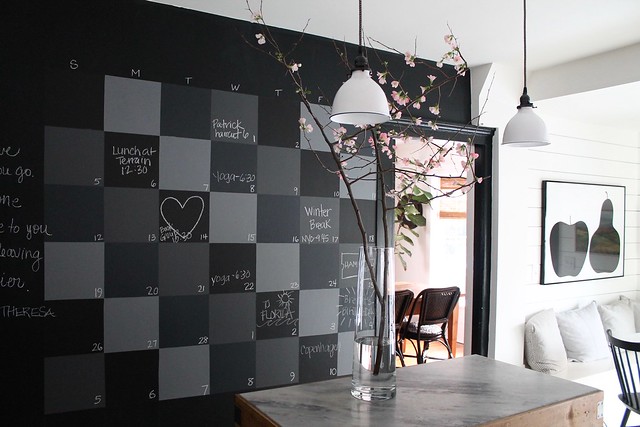 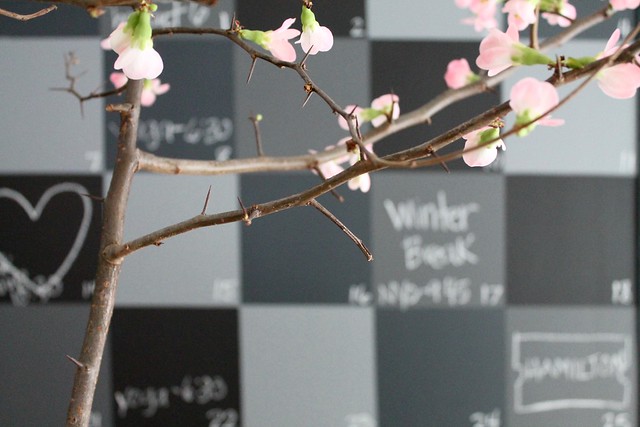 Kitchen Island from Williams Sonoma – Ours is no longer available, but this one is similar.

Lowell Pendants and hooks at end of island from Schoolhouse Electric & Supply Co. 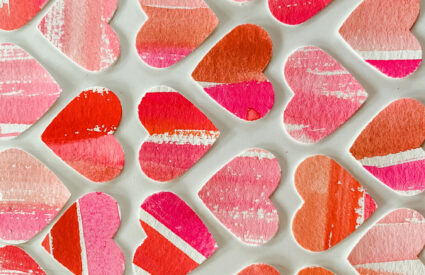 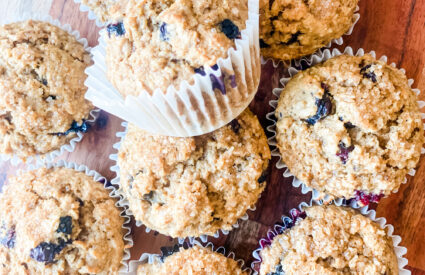 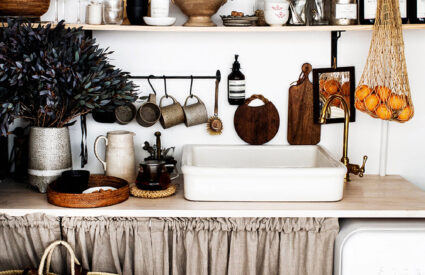