My first apple recipe of the season is here! Back again with another round of Sunday Favorites with my dear friends Cindy and Mary Ann and this apple cider doughnut recipe is top on the list! Let’s start our Sunday with these delicious baked apple cider doughnuts dunked in a cinnamon espresso maple glaze. This recipe is from Half-Baked Harvest and it’s a good one! The only change I made was to use a mini bundt pan over a doughnut pan. (Only because I don’t own a doughnut pan).

Any recipe that calls for a Honeycrisp apple, apple cider, and apple butter cannot be bad, right? We saw this recipe on Tieghan’s Instagram on Saturday morning which then led to a trip to the farmer’s market. Not just any farmer’s market, but the Union Square Greenmarket where we purchased the apples and the cider.

Give me anything made with apples, cider, apple butter, or pumpkin butter, and hello fall..but add this maple glaze with instant espresso powder and it really takes it up a notch! This would be good for any fall-baked good recipe, in my opinion! 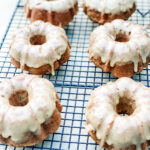 I love everything about this recipe and it’s perfect for breakfast, or for a fall dessert!

Preheat the oven to 350° and butter a doughnut pan, muffins tin, or mini bundt cake pan making sure to coat well so they don’t stick.

Bring the apple cider to a boil over high heat. Reduce the heat and simmer 10-15 minutes or until reduced to about 1/2 cup. Remove from the heat and let it cool. Mix together the boiled cider, melted butter, eggs, apple butter, vanilla, and brown sugar until combined. Add the flour, baking powder, baking soda, cinnamon, nutmeg, ginger, and salt, mix until just combined.

Toss the apples with the cinnamon sugar, then gently fold the apples into the batter.

Divide the batter evenly among the prepared pan, filling 1/2-2/3 the way full. Baking time will vary depending on your choice of pan. We baked for about 14 minutes using a mini bundt pan. We tested with a cake tester and when it came out clean, we removed it and let sit in the pan for a few minutes before turning it out onto a cooling rack.

The maple, espresso, and cinnamon glaze would be amazing on any fall dessert! I love the addition of coffee!

An artist that I follow closely is Gayle Kabaker. I first found her work on the cover of The New Yorker. It was the winter scene called “Downhill Racers” that got my attention back in 2017. I’ve been following her ever since. She did this important project called Vital Voices that I had planned on visiting, but unfortunately, the timing was right around the start of the pandemic and it was forced to close.

Last week, Gayle and her friend Jennifer Orkin Lewis announced a Zoom Class on September 23 at 4 pm EST. The hour and a half-long workshop will feature Gayle and Jennifer painting and their friends’ beach house! I already signed up and you can too if there’s still space. Click here for a link! It’s only $15!

After having to cancel our trip to the South of France for the month of September, I am still dreaming and planning for when we will be able to spend a month in France or even travel abroad for a week or two!

I discovered a new account this week while listening to The Simple Pin Podcast with Kate Ahl. The account is Entertaining with Beth and the intriguing part is that she and her husband just spent the summer renovating a home in France and will be renting it out as a vacation rental. It looks like the perfect house for big dinners and lots of lounging by the pool when not at the coast. It’s in

Have you taken up playing pickleball? We just noticed our neighborhood courts have new lines painted for pickleball and we have talked to a few neighbors who would love to get a league together for fun! How cool are these paddles from Recess?

Did you know yesterday was National Cheeseburger Day?

You know I would never miss out on observing National Cheeseburger Day with my own version of a delicious cheeseburger, right? Make sure to check out this post where I give you my two secret ingredients for making the juiciest hamburgers every time!

Let’s see what Mary Ann and Cindy have this week! 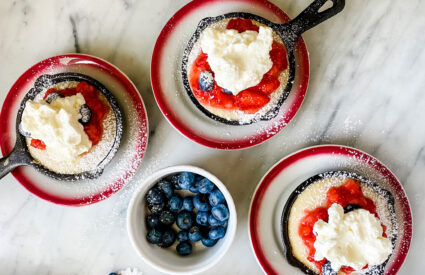 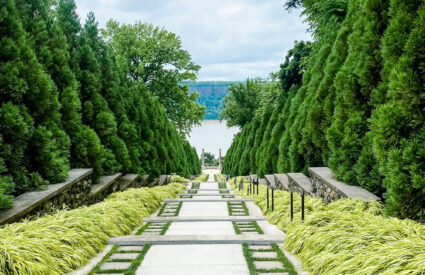 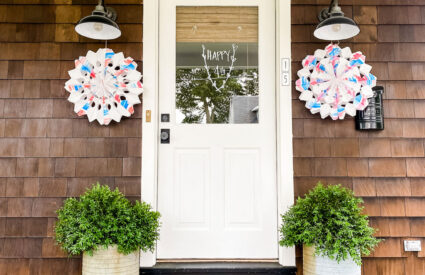 What started out as a way to hide the thermostat,

@littleish.ct —a darling shop in the historic co